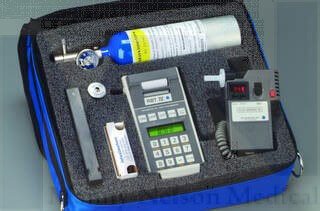 The Sixth Amendment to the United States Constitution guarantees the right for the accused to confront his accuser. This language seems straight-forward enough, but the scope and limitations of this right is ever evolving. Two Supreme Court cases appeared to be moving in a direction more favorable to defense attorneys, but a recent Illinois case has muddied the waters and moved the courts away from guaranteeing the rights of the accused.

A defendant who is on trial for his freedom should be guaranteed the right to confront a person who is helping the prosecution by providing evidence in favor of a guilty verdict. Many of the cases involved in this controversy include the admission of a blood-alcohol test when the person who performed the test is unavailable to testify. Admitting this evidence promotes fraudulent testing practices and manipulation by the testing laboratory, many of which are administered by law enforcement agencies. National Research Council of the National Academies, Strengthening Forensic Science in the United States: A Path Forward 6-1 (Prepublication Copy Feb. 2009).

Melendez-Diaz is a case where laboratory workers confirmed that a substance offered against the defendant in his trial was, in fact, cocaine. Melendez-Diaz v. Massachusetts, 129 S.Ct. 2527 (2009). The court ruled that this evidence was testimonial, therefore the individual who was offering that testimonial evidence had to be available to testify about the truth and accuracy of the test results. The court would not allow an exception just because it was a forensic test result.

Another case that is in favor of the accused’s rights is Bullcoming v. New Mexico. Bullcoming v. New Mexico, 131 S.Ct. 2705 (2011). Defendant Bullcoming was arrested for driving while intoxicated. Forensic testing certified that the defendant’s blood-alcohol level was high enough for the crime he was charged with. However, the lab technician who ran the tests on Mr. Bullcoming’s blood was not available. The prosecution offered a fellow lab technician to comment on the results of Mr. Bullcoming’s. This technician had absolutely no connection with the forensic testing done on Mr. Bullcoming. The Supreme Court held that, “[t]he accused’s right is to be confronted with the analyst who made the certification, unless that analyst is unavailable at trial, and the accused had an opportunity, pretrial, to cross-examine that particular scientist.” 131 S.Ct. 2705 at 2710.

Both of these decisions had the rights of the accused heading in the right direction. The scientist or technician who created the testimonial reports should be scrutinized by defense attorneys for their methodology and credibility. However, these advances in the law were soon put in jeopardy by a case out of Illinois.

A 2012 case from Illinois, Williams v. Illinois, went against the trend described above and said that the prosecution could call to the stand an expert, other than the one who performed the forensic testing, to provide their own opinion on the meanings and findings stated in the lab report. Williams v. Illinois, 238 Ill. 2d 125 (2012). Basically, the defense attorney would only be able to scrutinize the opinion of this “surrogate” expert and the actual contents of the lab report would be hands-off. This lab report provides crucial information that can only be accessed one other way: live in-court testimony from the creator of the report.

Allowing this testimony from a source well-removed from the creation of the lab report is a step backward from Melendez-Diaz and Bullcoming. Allowing testimony from these substitute experts does not allow a strong defense attorney to scrutinize the process or findings of the technician who performed the test. Instead it limits the defense to only question the opinions that a substitute expert may have regarding the finished lab report. A defendant arrested for driving under the influence of alcohol should be able to question the validity of the machine used in his blood test and challenge the competency of the technician performing the blood test.

Promisco v. Dart is an Illinois Appellate Court case that can be distinguished from Williams. Promiscorequires there be an explanation of the reliability of the test results being used by someone other than the performer of the test. Promisco v. Dart, 2012 IL App (1st) 112655 (Ill. App. Ct. 2012). In practice, this would require a technician or expert from the company that tests the accuracy of an evidentiary breath test. This would exclude the testimony of a police officer who basis his opinion simply on the result of the test. The Promisco court realizes that the battle begins when the machines are calibrated and not after they spit out a report.

This is a chaotic area of defense law at this time in Illinois. Although Williams is a setback for a great defense, the United States Supreme Court hopes to answer this question once and for all very soon. Effective DUI lawyers will follow these developments to ensure you the best defense possible.