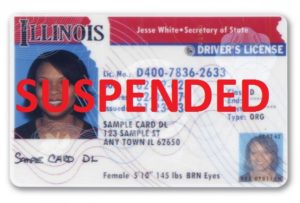 In the hearing to rescind a statutory summary suspension, the defendant must first present a prima facie case for rescission, then the state must overcome this by presenting evidence justifying the suspension. People v. McClure, 218 Ill.2d 375 (2006). In the rescission hearing, the question that often needs to be asked is whether the arresting officer had reasonable grounds to believe that you were driving a vehicle under the influence.

Reasonable grounds in the rescission hearing is identical to the probable cause standard in the criminal matter of a DUI. Probable cause for an arrest exists when the totality of the circumstances, known to the officer, are such that a reasonably prudent person would believe you committed a crime.People v. Rodriguez-Chavez, 405 Ill.App.3d 872 (2d Dist 2010). Therefore, the judge will have to decide whether the officer had probable cause to arrest you for DUI.

In one instance, the defendant admitted to speeding after drinking a few beers earlier in the day. People v. O’Brien, 227 Ill.App.3d 302 (2d Dist. 1992). He also failed one-leg stand and the horizontal gaze nystagmus test. However, the defendant testified that he was not under the influence while he was driving. In the end, the court found his testimony more credible than the arresting officer and ruled that there was no probable cause to arrest the defendant for a DUI. This is an example of how credibility can sway the ruling in the courtroom.

In People v. Lukach, 263 Ill.App.3d 318 (2d Dist. 1994), there was a single-car accident. The defendant suffered a head injury in the accident. The arresting officer did not allege any odor of alcohol on the breath of the defendant nor did he claim there were bloodshot or watery eyes. Like in O’Brien, the court found that the arresting officer lacked probable cause to arrest or even test the defendant for driving under the influence. However, unlike O’Brien, this ruling was based off of the officer’s own observations at the scene and not his credibility.

There was also no probable cause to arrest in People v. Boomer, 325 Ill.App.3d 206 (2d Dist. 2001). Here, the defendant admitted to drinking, reeked of alcohol, and laid his motorcycle down. Witnesses claimed that he had not been driving erratically and the court noted that motorcycles are more prone to hazards on the roads that could lead to accidents.

These are just a few of the many ways a skilled DUI attorney will challenge a statutory summary suspension of their client’s drivers license. Do not miss out on your chance to keep your driving privileges!