The attorneys of Gullberg & Box, LLC assembled the following questions to address some of our clients’ most frequently asked questions. The answers only pertain to Illinois. Furthermore, each case is fact specific. Proper advice can only be provided by a qualified attorney who is familiar with the specific circumstances of your case. If you have not formally engaged us in writing signed by us, we are not your attorneys. These answers are based on our general training and experience and may not be the best advice in your particular circumstances.

Should I Blow Into The Breathalyzer?

The short answer is no. There are two types of breath tests:

Preliminary breath test (PBT): In Illinois, you have a right to refuse to blow into a PBT. While PBT results are too inaccurate to be used at your trial, the results can still be used against you in court. They can be used to prove that the officer had probable cause to arrest you.

Evidential breath test (EBT): It is not a crime to decline the larger, more accurate, EBT test device which is used against you at trial. These devices are either a bench-top machine with a keyboard, or a laptop machine in the squad car. They are used after your arrest.

In Illinois, before you blow, the officer will read you a “Warning to Motorist.” After this warning, you can refuse to blow. The warning can be misleading. It states that if your test results are over .08 percent, and you are a “first offender,” then your license will only be suspended for six months, but if you refuse, your license will be suspended for one year. However, the warning fails to state that if you blow over .08 percent, which alone can convict you of DUI, your license will be revoked indefinitely. You probably will not be able to drive for at least a year.

Do I Have To Submit To A Blood Test?

What Should I Say When The Officer Asks Me To Complete Field Sobriety Tests?

Field sobriety tests are optional in Illinois. Don’t do them! Their results can be used against you. If the officer asks you to complete the tests, he already has observed behaviors which he believes indicate that you are DUI. Field sobriety tests are inaccurate, and can be difficult to pass. The tests are scored very strictly, and they put you in awkward positions that may be difficult to smoothly execute regardless of your blood alcohol concentration (BAC).

Do I Have To Get Out Of My Car If The Officer Asks Me To Do So?

Even after being ordered out of the car or placed under arrest, you do not have to perform field sobriety tests, blow into a PBT or any other breath test. In other words, do not resist the arrest, but also do not consent to sobriety tests.

If the officer orders you out of the car without placing you under arrest, he can only keep you there so long as to effectuate the purpose of the stop. You are not required to answer questions or complete field sobriety tests.

What Should I Say If The Officer Asks Me Questions?

What Should I Do If The Officer Asks Me To Come Back To His Car?

Unless you are under arrest, you may politely decline. The officer has the right to detain you for a brief period of time in order to write you a ticket for the alleged traffic offense. However, you should only go back to the patrol car if he tells you that you are under arrest. There is a good chance that the only reason the officer asks you to come to his car is to be able to testify later against you that the odor of alcohol he detected was coming from your breath, not just your car.

What Is The Difference Between Being Detained And Being Arrested?

You can be detained for a short period of time without being arrested. To detain you, the officer has to have a reasonable, articulable suspicion that you have committed or are committing a crime. That includes minor traffic violations. Then, the officer can detain you only for long enough to write a ticket. Anything longer is an unlawful prolonging of a traffic stop which your lawyer may use to get your arrest quashed.

To arrest you, the officer must have probable cause, which means that a reasonably cautious person would believe that you have committed a crime. You are arrested if the officer declares that you are under arrest, puts you in handcuffs, places you in the squad car or takes you to a police station.

How Can I Keep From Being Arrested For DUI?

If you have had anything to drink in the last 24 hours and you are stopped for any reason by a law enforcement officer, your best chance to keep from being arrested is to decline to answer questions, refuse to do field sobriety tests, and refuse to blow into the PBT. Complying with everything the officer asks, and answering questions, will increase your chances of arrest. Questions are intended to incriminate you, the tests are subjective and the PBT is unreliable.

Even if you are arrested, if you follow this advice, and refuse the evidentiary breath test, and are polite (a judge and jury will see the audio/video being recorded by the officer), there is a good chance that your case will be dismissed or won.

The police want to extend the traffic stop as long as possible to garner evidence against you. When you refuse testing and to answer questions, you detract from the evidence supporting your arrest and conviction.

Can I Be Arrested For Avoiding A Roadblock?

The Officer Did Not Read Me The Miranda Rights, Shouldn’t My Case Be Thrown Out?

Probably not. While you always have the right to remain silent, you must assert your rights even when the officer does not read them to you. The Miranda warning only needs to be stated when:

Unfortunately, many people answer incriminating questions during the first few moments of a traffic stop. Do not make this mistake.

Can I Be Arrested For DUI In My Driveway Or Private Parking Lot?

Yes. You can be arrested and convicted of DUI anytime you are intoxicated and in control of a motor vehicle. You do not have to be driving, and you do not have to be on a public street. However, if you are on private property (and you were not observed by an officer having driven to there on a public street or highway), your driver’s license cannot be summarily suspended. If it is, tell your lawyer as soon as possible so that he can file a motion to reclaim your license.

What Happens Following A DUI Arrest?

Following your arrest, the officer will take you in a squad car to the police station. There he will read you a warning and wait for 20 minutes to make sure you have not ingested or regurgitated any intoxicants. Then the officer will ask for you to blow into a breath analysis machine to record your BAC.

What Is The Breath Analysis Record?

The breath analysis record is often the key piece of evidence that leads to a DUI conviction. If the results read .08 BAC or higher, there is a presumption you were driving DUI and it is highly likely you will be convicted. If it reads .05 BAC to .08 BAC, there is no presumption one way or the other – you can be either convicted or acquitted. You are only presumed to not be DUI if your BAC is under .05.

The BAC reading makes it easy for the prosecutor to convict you of DUI. Without the reading, the prosecutor’s case is more difficult to win. Conversely, it is easier to negotiate a more favorable case or win at trial without the test results.

What Happens If I Refuse To Blow Into A Breath Analysis Machine After Arrest?

By driving a car, you give implied consent to be tested for intoxication. If you refuse to blow into the breath analysis machine after arrest, you may face a longer suspension. Instead of a six month license suspension, your license will be suspended for one year if you are a first time offender or three years if this is a subsequent offense. You may still be permitted to drive after 30 days. If you are a first time offender, the refusal does not make you ineligible to receive a monitoring device driving permit (MDDP), and you are still eligible for supervision.

However, if you refuse to blow into the evidentiary machine, you will be denying the State an easy prosecution. All they have to prove is that you blew and you blew over .08% breath alcohol content to convict you or what is called per se DUI. Be aware that mouth alcohol (from belching, indigestion) can skew the result much higher than .08 when you are not even intoxicated. Gullberg & Box, LLC are noticing many more people are now “wising up” and refusing the test.

If you face DUI charges, call Gullberg & Box, LLC, at 309-734-1001 for guidance. You may also contact us online. Our experienced attorneys are willing and able to answer any of your DUI related questions and defend your rights. 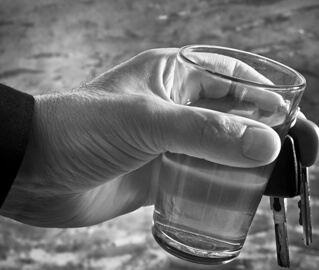